Korean Fried Chicken: the other KFC 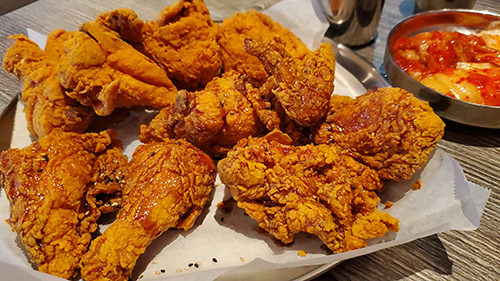 What is Korean fried chicken?

Korean fried chicken (a.k.a. chikin) is a style of fried chicken that is lighter and crispier than traditional American fried chicken.  The crispiness is achieved by frying the chicken twice.  Various seasonings and a coating of spicy sauces are sometimes added to provide additional flavor.  It can be eaten for any part of a meal, as an appetizer, an entree, or a post-meal snack.  Sometimes it is served with traditional Korean appetizers (banchan).

This type of fried chicken originated from the Korean war.  Americans stationed in South Korea were said to have sold American-style fried chicken during the war.  Koreans added their personal touch making a less breaded version of the original fried chicken (huraideu chicken) and creating bolder, spicier variations (yangnyeom chicken).

You can find Korean fried chicken in most major cities around the world.  They are often located where Asian businesses and restaurants are concentrated.  Here are some of the more prevalent “KFC” restaurants across the states. 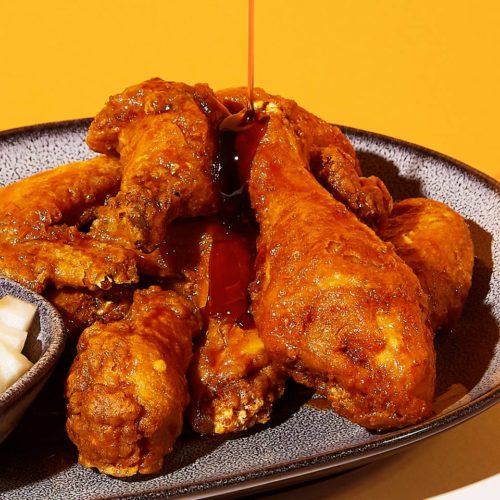 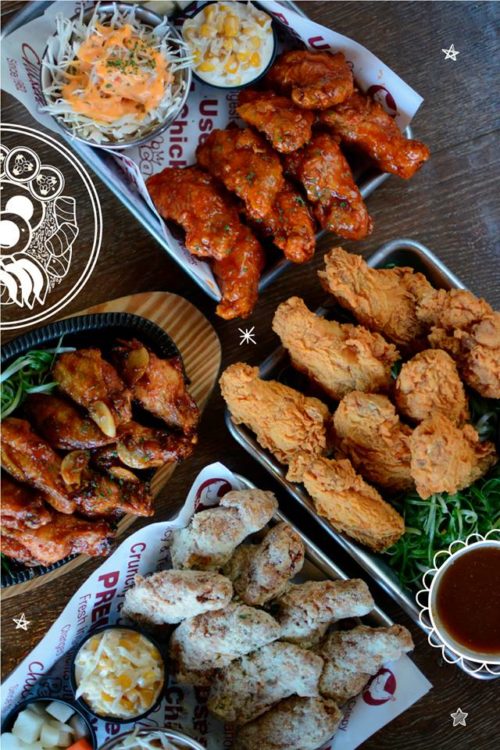 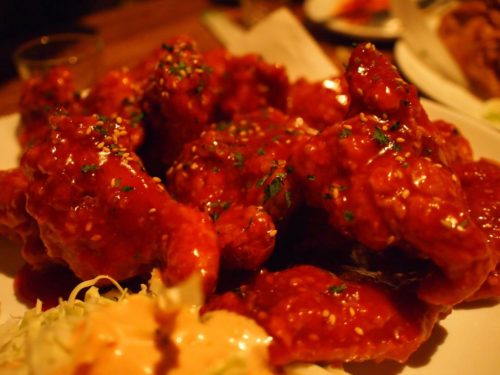 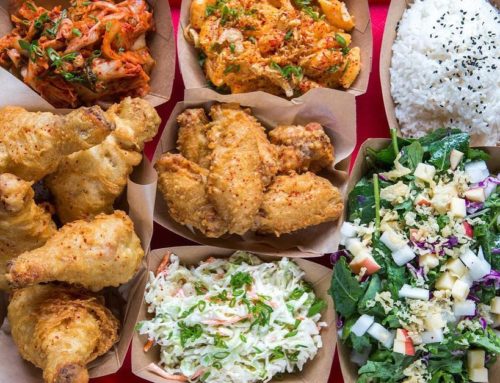 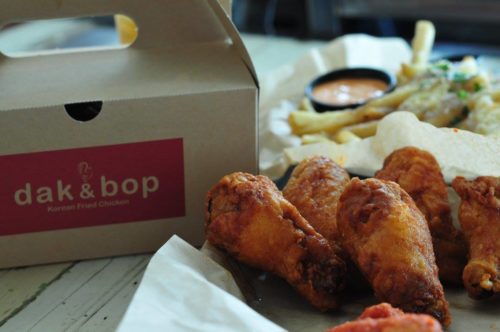 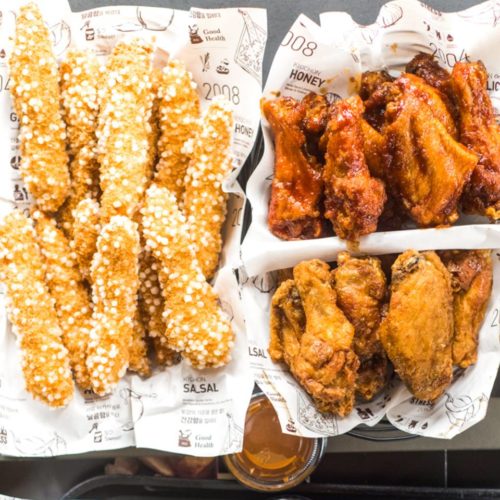 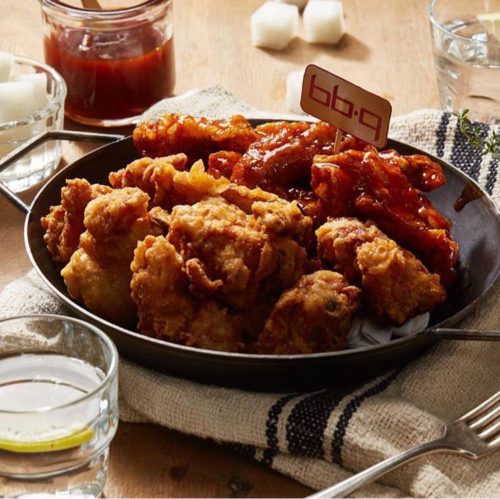 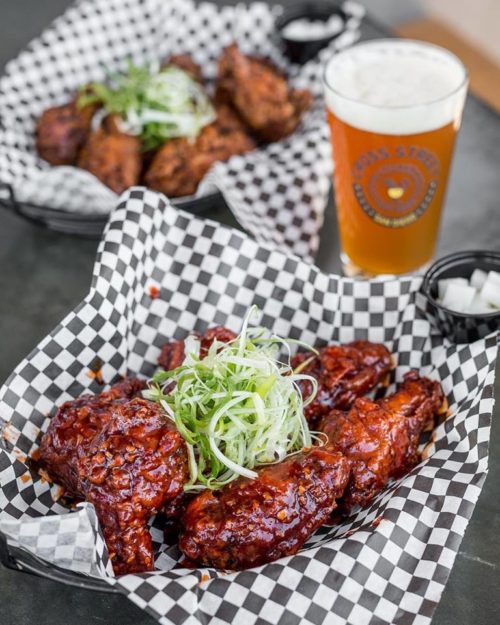