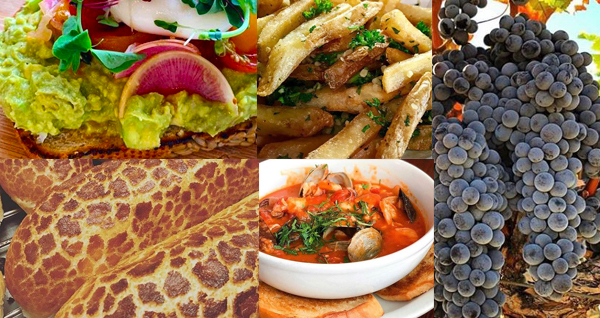 What are Northern California and Bay Area regional foods?

The Bay Area (a.k.a. The Bay) is packed with diversity as it is home to millions of first, second and third-generation immigrants.  With this great medley of denizens comes their heritage, culture and, most importantly…cuisine. 😉

Some of the most popular foods and dishes associated with Northern California and the Bay Area include:

avocados – Although avocados are grown throughout California, this specific dish originated in NorCal…

garlic – Gilroy (located south of San Jose) is the garlic capital of the world.

seafood – The geography of the Bay Area and coastal areas of Northern California provide easy access to fresh seafood.

dessert – These desserts have a history deeply-rooted in the San Francisco Bay Area.

wine – Wine Country is the area north of San Francisco that covers Napa, Sonoma, Mendocino, and Lake.  It is world-renowned for it’s 400+ vineyards and wine production.  These are the most popular wines made in the region.

You can get these Northern California and Bay Area foods in many restaurants and venues throughout the region.  Below are several of the best places to try them.  The wines listed can be found in the numerous wineries in Wine Country.

Being foodies based out of California, it pains us to leave so many incredible restaurants (especially the lesser known holes-in-the-wall) off this extremely abbreviated list.  However, we had to keep this short, sweet and focused on NorCal iconic foods.  So, if we omitted your favorite Northern California restaurants and you feel the need to get them off your chest, feel free to include them in the comments below…we understand.