Curious about Colombian food terms? Before we jump in, let’s get your bearings right. Colombia is a country located south of the equator in the northwest part of South America. It has been strongly influenced by Spanish culture (as Spanish is the official language of Colombia), yet maintains its own identity thanks to its native resources and regional agriculture.

Colombian cuisine is known of its flavorful dishes without the kick. It may be surprising to learn that Colombian food isn’t usually spicy since many erroneously lump all Latin American cuisines together with the ambassador being Mexican food, which is known to be spicy. Instead of hot peppers, Colombians use generous amounts of herbs and spices…especially cilantro.

Soup is usually eaten, even on hot sunny days. It is often served as an appetizer for lunch, which is traditionally the heaviest meal of the day. Dinner, on the other hand, is usually a snack like empanadas or arepas.

If you find yourself in Colombia, make sure to try some local coffee, which is one of its top exports.

Expand your international dining vocabulary with these basic food-related words translated from English to Spanish. 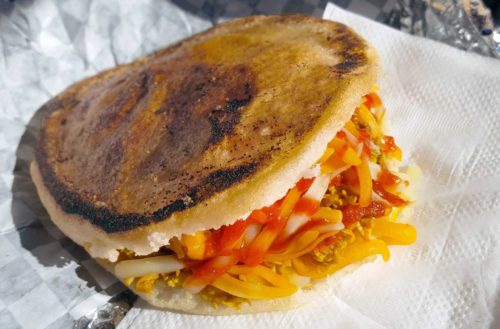