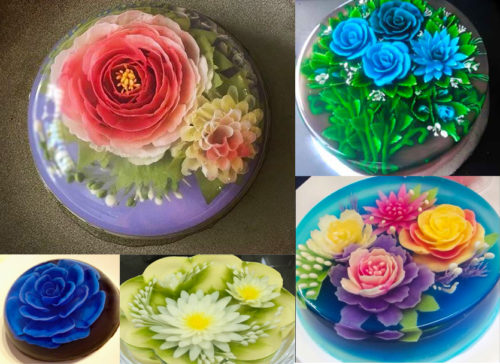 What is gelatin art?

Gelatin art (a.k.a. jelly art, jello art, 3D gelatin cakes, or 3D gelatin dessert) is edible art composed of three-dimensional artistic designs suspended inside sweetened gelatin.  The gelatin (a.k.a. agar, agar-agar, or jello…technically “Jell-O”) is clear or translucent so that the embedded art inside is highly visible.  The designs are most commonly displayed in the form of “gelatin flower cakes” since the tools available are primarily floral shaped for creating different types of flowers and leaves.  These are not to be confused with Havaro, which are Japanese gelatin desserts with real flowers floating inside. 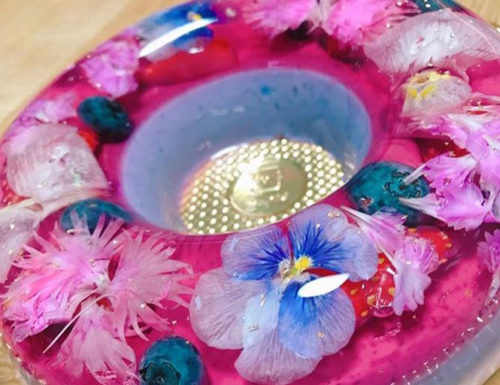 Although most 3D gelatin art displays are floral, some gelatin artists provide desserts that cover a wide range of holidays.  Gelatin cake designs can include sculpted babies for baby showers, beer bottles for Father’s Day and even Disney characters for kids’ birthday parties.

A form of gelatin cakes are raindrop cakes, which is gelatin shaped into a giant raindrop sitting on surface.  However, raindrop cakes are not typically decorated on the inside and are covered with flavorings like syrup and kinako powder instead. 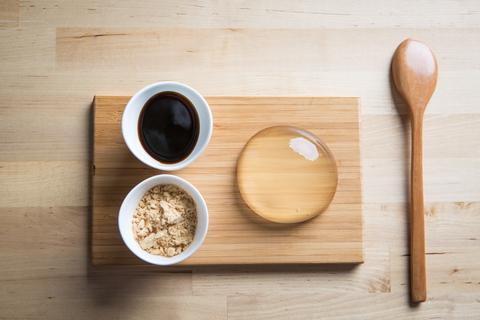 A next-level version of gelatin art is Japanese story gelatin.  This type of jello art tells a story by displaying different scenes as you cut slices into it.  For example, the Japanese storytelling jelly “Fly Me to the Moon” tells a story of a little blue bird flapping its wings towards a crescent moon during the day, which turns into a full moon at night. 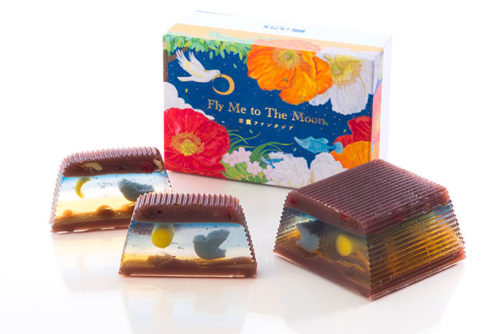 Where did gelatin art come from?

One of the earliest iterations of gelatin art is aspic, a dish made of savory ingredients suspended inside meat stock gelatin.  It was created in 14th century and became popular around the 1950’s and 60’s.  Its primary purpose was to help keep cooked meats fresh. 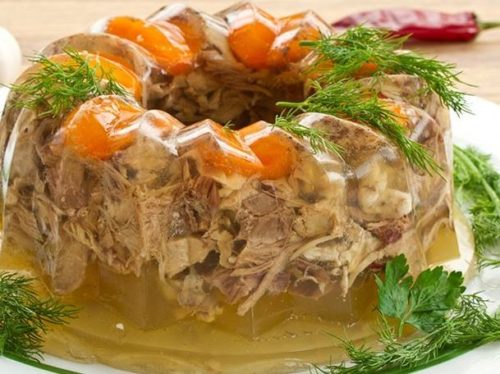 a pork jelly aspic from the Balkans

In the 1960’s Jell-O salad (a.k.a. gelatin salads, molded salads, or congealed salad) became widespread.  These jelly salads were simply made with flavored Jell-O  and ingredients like sliced fruit, marshmallows, nuts, and/or cream cheese.  These dessert salads were popular for potlucks due to its simplicity and inexpensiveness. 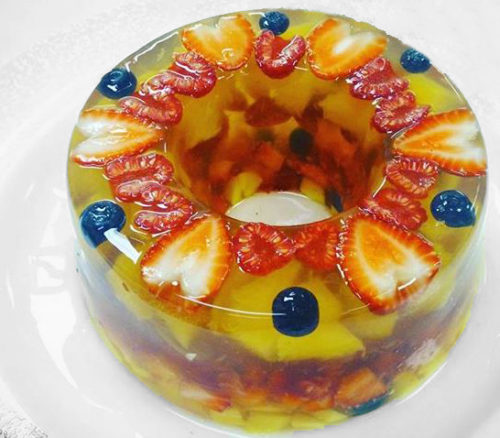 As the popularity of aspic and Jell-O salads in the mid 20th century died down over the following decades, new techniques of jelly art were created leading to the gelatin art of today. 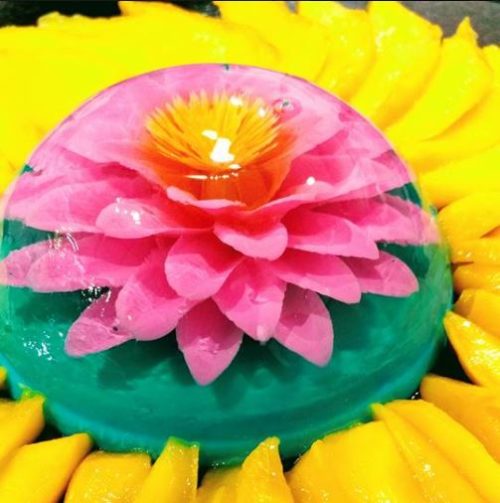 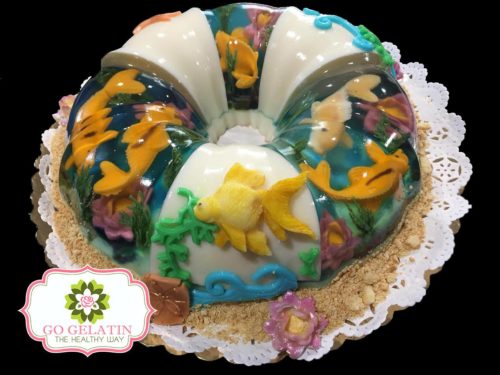 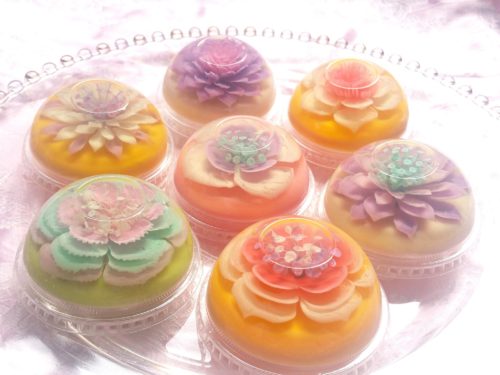 How can I make it?  Making gelatin art is not as complex as it may seem, as long as you have the right tools and guidance.