What is pancake cereal?

Pancake cereal is a hybridization of pancakes and cereal—more specifically, it is a variation of cereal made up of dozens (or even hundreds) of tiny pancakes drizzled with syrup. Unlike traditional breakfast cereals, however, the milk is completely optional.

This familiar, yet new concept has become the “it” food of quarantine 2020.

In early 2020, many individuals had just began their New Year’s resolutions of losing weight. Going organic, reducing sugar and dairy, or cutting out specific foods were common adjustments of those trying to eat healthier.

Not so surprisingly, however, many quickly disregarded their well-intentioned attempts at healthier eating once mass lockdowns were implemented. They turned to their old and familiar eating habits as a source of solace. Comfort foods became the go-to in quarantine diets with carbs and junk food leading way. The kitchen became a haven to help others ease their minds and fill their stomachs. From homemade banana bread and cookies to chips and ice cream, seemingly everyone had been stress baking…and, more frequently, mindlessly eating.

So how exactly was this ingenious cereal invented?

While some keyboard warriors claim that this new breakfast cereal trend derived from Dutch poffertjes, which are small pancakes, the fact that both are made from small pancakes is pure coincidence.

While everyone was baking bread and cookies, a TikToker by the name of @sydneymelhoff posted her food invention, pancake cereal, on April 20, 2020. (Figures that such a craveable food would be invented on 4/20. ?) She had also posted other unique foods she had made including: a mini stack of pancakes, mini eggs, mini bacon, mini banana pancake rings and pancake poutine, but it was her unique cereal creation that instantly “caught fire.” The comfort of eating tiny warm pancakes in a recognizable cereal form, paired with the fact that it was so easy to make, made for the perfect (food) storm. Within days, “pancake cereal” became a worldwide food craze.

As the popularity of pancake cereal gained steam, multiple versions started popping up all over the internet.

How do I make pancake cereal?

Making pancake cereal is very easy and straightforward. You’re simply making tiny pancakes and putting them in a cereal bowl. Here’s the recipe.

Tip: If you decide to pour milk on top of your pancake cereal, only pour half as much as you normally would since the tiny pancakes soak up liquid quickly. 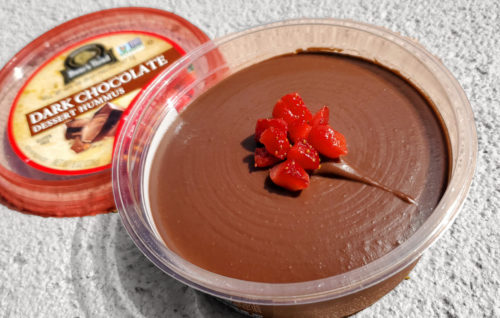