What are aphrodisiac foods?

Aphrodisiacs are substances that are used to increase the libido.  Aphrodisiac foods (a.k.a. sexy foods or romantic foods) are aphrodisiacs specifically in the form of food.  There is a primal connection between food and sexual arousal.  Both food and sex have been required for humanity to survive and grow.  They can also be sources of great pleasure, which is enhanced by aphrodisiac foods.

For millennia, cultures have greatly valued aphrodisiacs because one of their main goals was to propagate, that is, make babies and grow their population.  It was only natural for them to look for ways to increase virility, fertility and sexual pleasure.

Nowadays, the world population has grown to the point that procreation isn’t nearly as urgent a need for the survival of humanity.  Physical satisfaction, however, is still quite important as we are inherently social creatures.  Aphrodisiac foods are popular for enhancing romantic dinners, especially for special occasions like Valentine’s Day.

It’s in your head…It’s science.

There are many foods that are widely considered to be aphrodisiacs.  Surprisingly, not a single food has yet to be scientifically proven to directly stimulate the sexual organs in human beings.

Find out how to engage the five senses for a more romantic dinner.

Many aphrodisiac foods usually fall into one or more of these categories:

Many also consider alcohol to be a type of aphrodisiac since it is used as a social lubricant, putting people at ease in social situations.  There is strong (but limited) evidence that red wine, may increase lustfulness and can play a role in improving the imbiber(s) chances of “getting lucky.”  However, it does not necessarily improve performance.  In addition, too much alcohol can actually decrease performance.

It may be worthwhile to note that certain herbs have also been known to increase the libido as well as treat erectile dysfunction or fertility.  However, as with all the aphrodisiac foods above, scientific evidence is inadequate:

Many other foods are considered to be aphrodisiacs because they are anti-inflammatory, improve blood flow, or reduce stress.  Of course, this is all good for your health, which (over time) can increase your sex drive.  However, these foods lack conclusive scientific evidence that they provide any immediate or direct effects.

In the end, aphrodisiac foods simply haven’t been studied enough in humans to prove which ones work with certainty along with their optimal dosages.  Nevertheless, they have been shown to work in part due to the placebo effect, or because that food strikes the individual’s fancy.  This explains why there are so many different foods that are labeled as “aphrodisiacs.”  Everyone has their own beliefs and tastes. 🙂 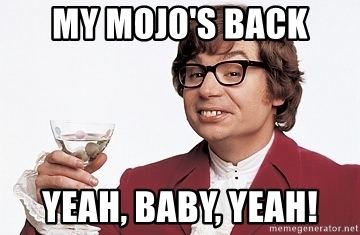 How do I prepare aphrodisiac foods?

Because there are so many different kinds of foods that could possibly be aphrodisiacs (depending on who’s eating it), there are infinite ways to combine and prepare them.  You can simply prep aphrodisiac foods individually (e.g. grilled avocados), or as a combination of different ingredients (e.g. grilled avocados filled with diced peppers).  Pick a few aphrodisiacs listed above that catch your eye and try them out.  Don’t be afraid to try something new, you might surprise yourself.

Otherwise, you can start out by following the recipe below for simple treat you can make with aphrodisiac foods, spicy hot dark chocolate.  It combines the spicy, rich & creamy aspects of aphrodisiac foods.  It’s really quick, easy and conveniently made for you and your special someone.

Bonus:  How to engage the five senses for a more romantic dinner

If you’re preparing your own romantic dinner, here are some quick tips to help you turn up the romance: