Sushi Burritos: sink your teeth into sushi like never before 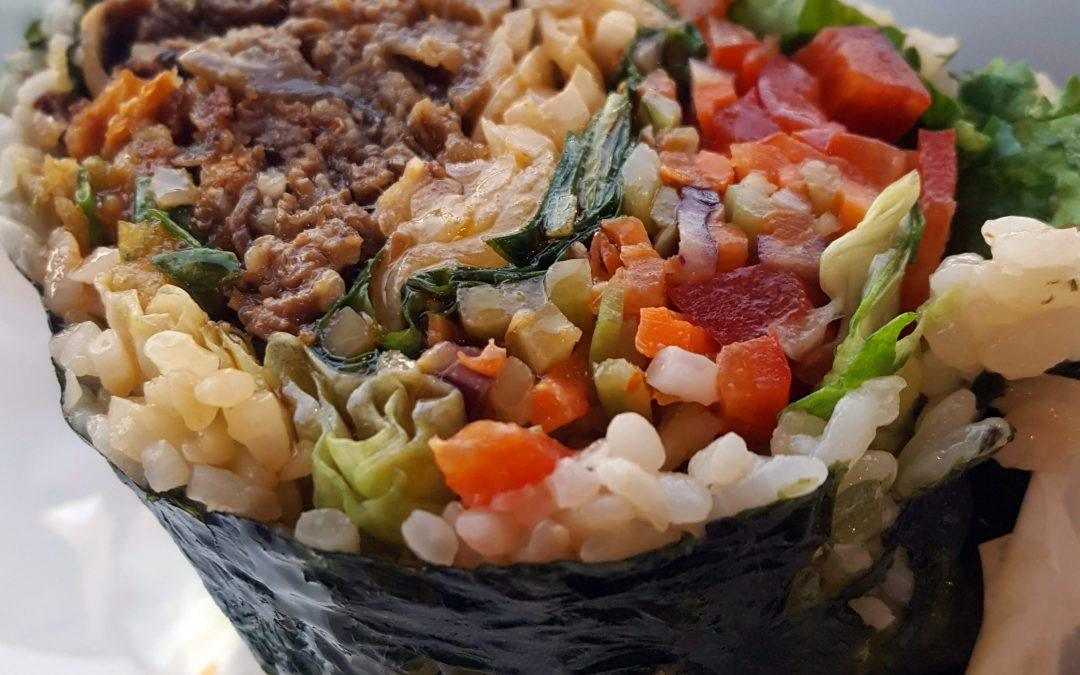 What is a sushi burrito?  Simply put, a sushi burrito is a large sushi roll wrapped up like a burrito.  The ingredients are typically those of a traditional sushi roll: protein, vegetables, rice and nori (dried seaweed sheets).  However, instead of slicing the sushi into pieces, it’s served as one whole wrap.

Where can I get it?  Here are some popular locations where you can try sushi burritos for yourself…
(Note: In August 2017, Starbucks announced that they will begin serving sushi burritos.)

Looking for more places that sushi burritos?  You can find them on Glutto right here.

How can I make it?  If you want to make a sushi burrito of your very own, we recommend this simple recipe. You can also save it on Glutto here.

5. Place toppings on the nori sheet (leave 1 inch of space from the bottom)

6. Roll sheet and gently press down as you roll, so the rice keeps the roll together. Add additional pressure when you reach the end of the roll so it doesn’t fall apart.  Slice the ends for a clean look.

7. Serve with soy sauce and wasabi (optional) and enjoy!

P.S. If you’ve already mastered the sushi burrito, maybe you should try your hand at the sushi donut.