Roti Canai: curry up and eat it 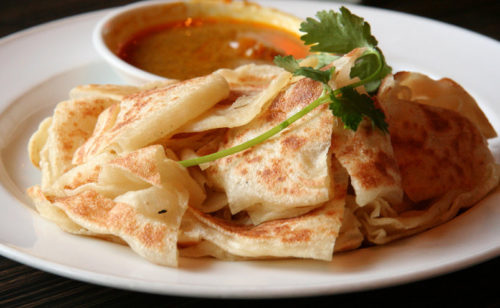 What is roti canai?

Roti canai (a.k.a. “flying bread” or “roti prata” in Singapore) is a popular Malaysian flatbread served warm and has a crispy, yet chewy texture.  It is typically served with a savory curry dipping sauce.  Variations include either savory ingredients (e.g. eggs, sardines and onions) or sweet ingredients (e.g. bananas, condensed milk, peanut butter, jam and nutella).

This Indian-influenced Malay food was supposedly introduced to the Malay peoples by Indian Muslims and is usually Halal. “Roti” is derived from the Sanskrit word rotika meaning “bread.”  It is a staple flatbread in India (similar to naan, but thinner and made with whole wheat flour instead of all purpose flour).  The Malay word “canai” translates to: “stretching or pushing something pliable or elastic.”

Where can I get it?  Roti canai can often be found in Malaysian or Thai restaurants.  Here are a handful of spots that serve this satisfyingly flaky pancake-like bread. 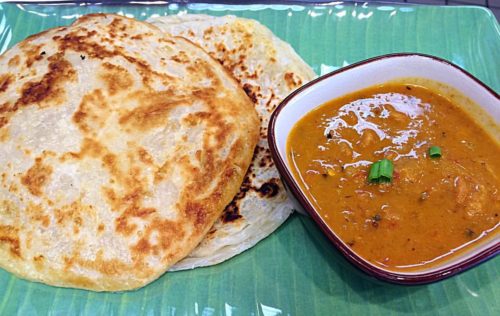 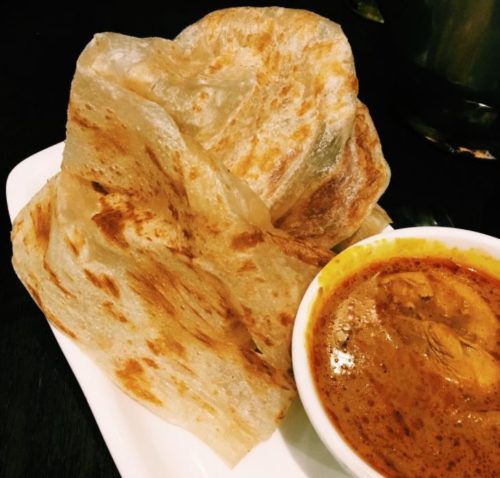 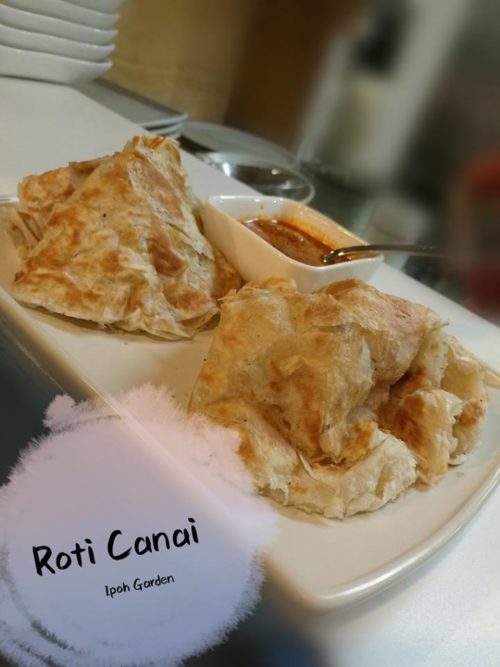 Looking for more places that serve roti canai?  You can find them on Glutto right here.

How can I make it?  Roti canai only takes a few ingredients to make.  However, it does take a bit of skill (and time) to make it properly.  Follow this authentic recipe for the best results.