Pasta shapes are used as one of the main methods used to classify pasta, a staple food of Italy. There are well over 600 different types of pasta that come in various shapes, sizes and functionality (i.e. how they are used in various dishes). Pastas generally fall into one of several categories of pasta shapes. These are corkscrew, long, tubular, soup shell and special shapes pastas.

Because there are literally hundreds of pasta shapes in existence (and new shapes that continue to be created over the years), it is nearly impossible to keep track of them all. However, if you are a pasta-lover, here are some of the more interesting pasta shapes besides your basic spaghetti and macaroni that you may want to consider adding to your pantry.

Shell pasta is shaped like a hollow tube that forms a shell-like shape when run along the ridges of a fork. It works well with chunky sauces or can be stuffed using cheese or vegetables for something more substantial.

Soup pastas are so small that they cannot hold much sauce and act as a filler to a dish. They are generally best for soups, salads and stews.

These are the pasta shapes that don’t clearly fall into any of the aforementioned categories.

Where can I get different pasta shapes?

Depending on the authenticity and specialty of the Italian restaurant you eat at, you may be able to find one or more of the less common shapes.

You can find all types of pasta at your local Italian grocer, the nearest “Little Italy” or online. Here are several places you can shop for various pasta shapes: 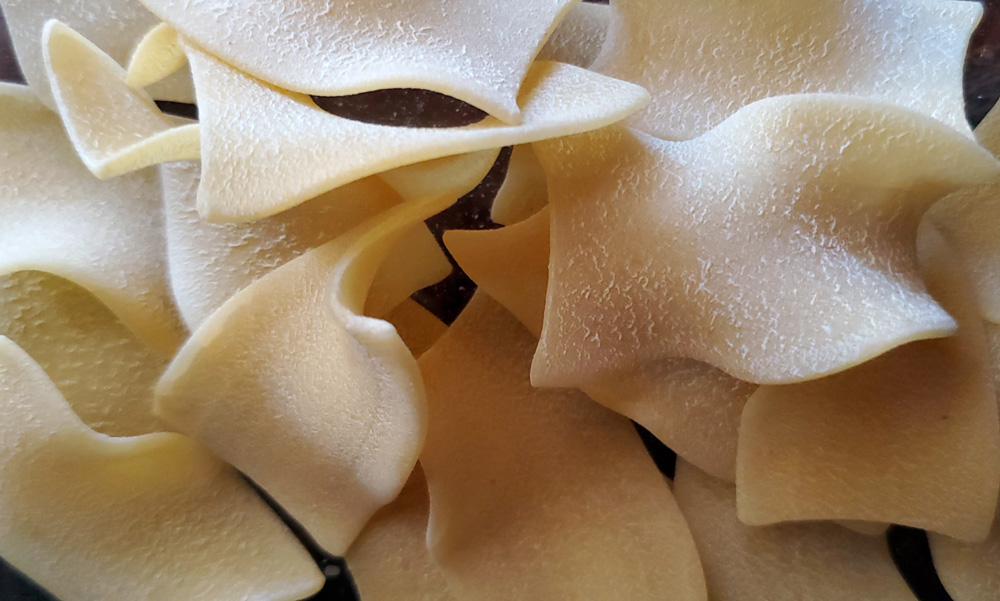 What is taccone pasta? Taccone (a.k.a. tacconi) is a unique type of pasta that is… 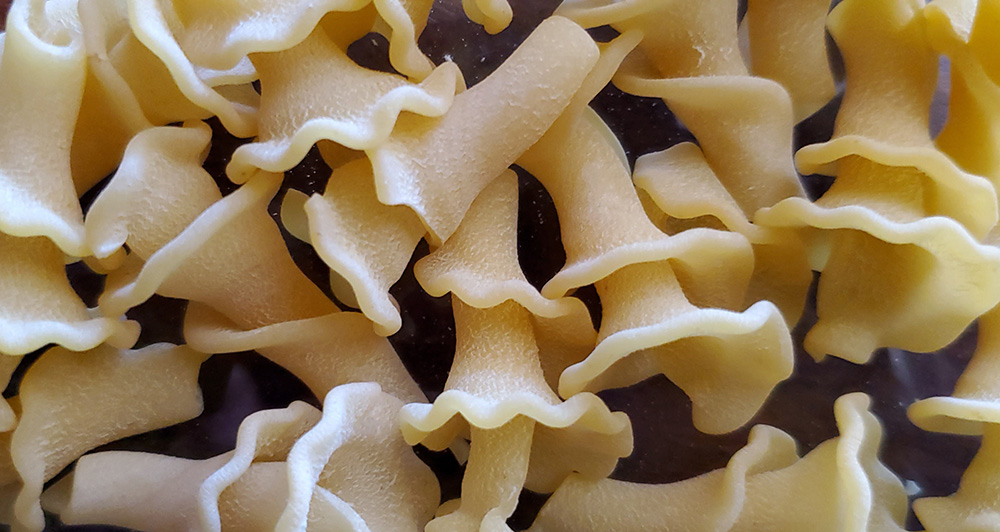 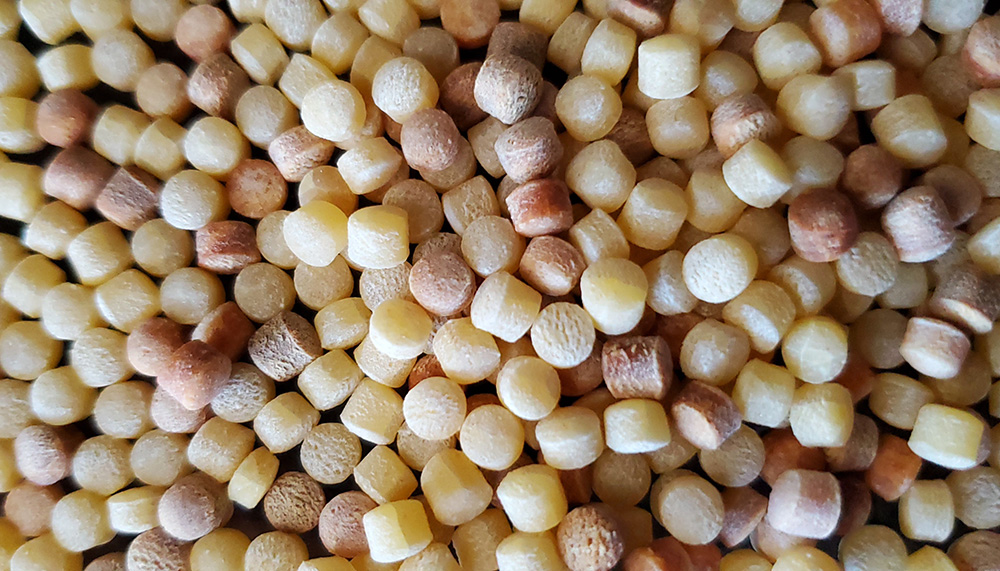 What is fregola? Fregola (traditionally known in Italy as fregula) is the common term for… 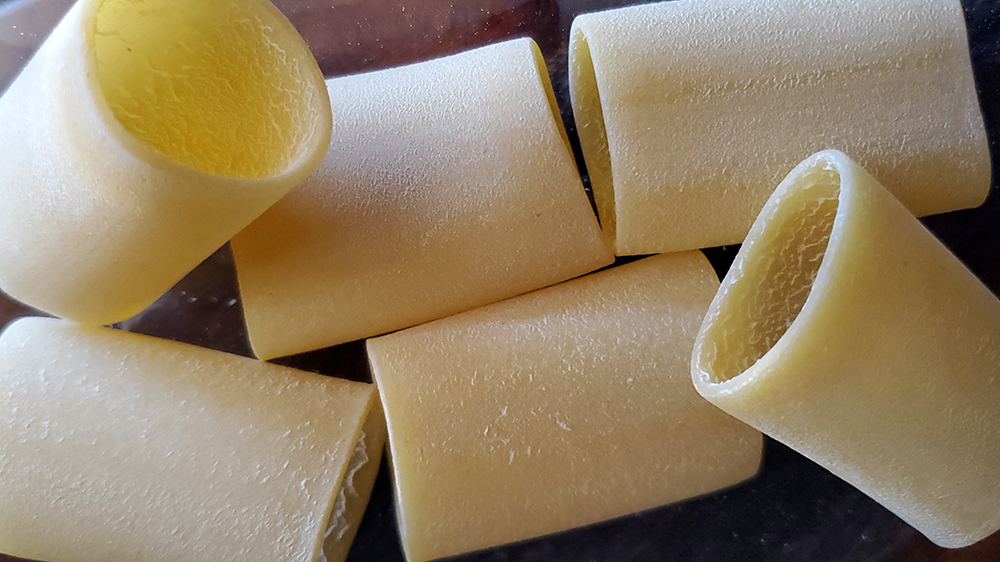 What is paccheri? Paccheri is a type of pasta shaped like large tubes. Its diameter… 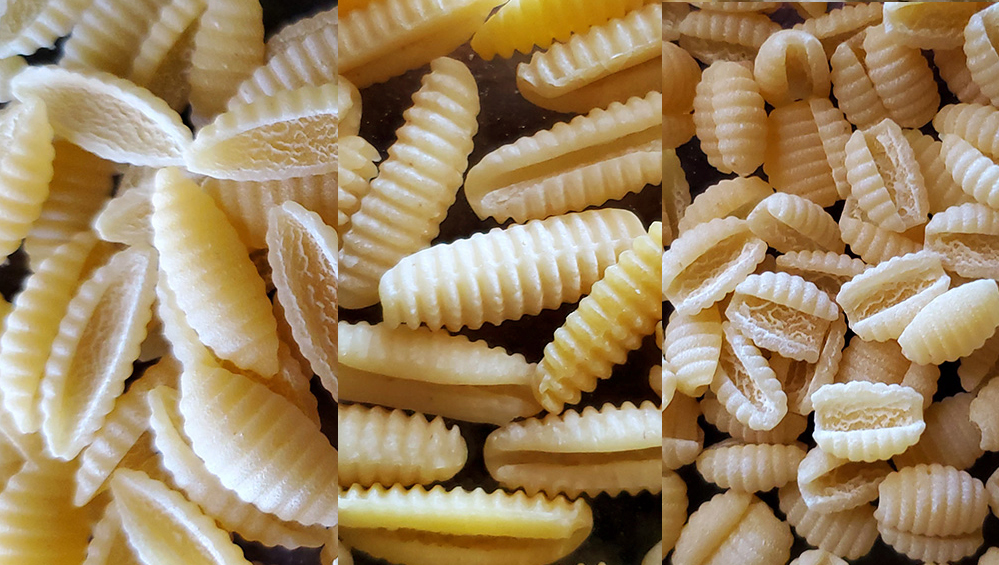 What are malloredus? Malloreddus are a type of short, hand-rolled shaped pasta typical of Sardinian… 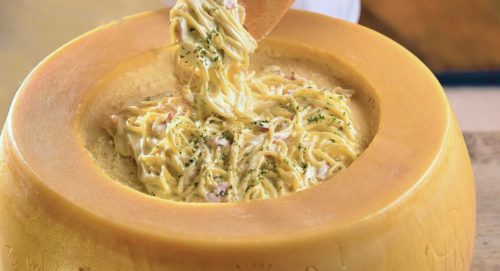